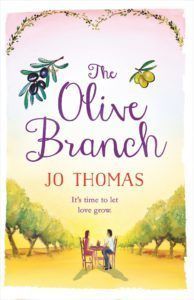 Tucked away in Southern Italy is a gorgeous little restaurant called Entroterra, after which I named the town in The Olive Branch. 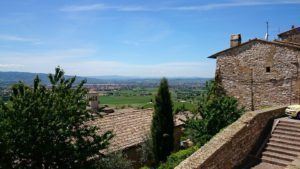 The olive tree is part of the fabric of family life in Puglia. And family life is at the heart of everything.

One of my favourite places to go in Ceglie Messapica is a restaurant called Entroterra. My brother and his wife first took me there and every time I return I am welcomed warmly, like an old friend, by its owner Giuseppe and his family. This place to me is the very essence of rural country living in Puglia.

You enter Entroterra through a stone archway and stretching out in front of you is the restaurant’s own olive grove. Downstairs in the cool cellar restaurant in summer, and cosy in the autumn when the deep recessed fires are lit, we ate fabulous antipasto; cured meats, cherry tomatoes with strong ricotta cheese, fresh vegetables in fruity olive oil; just thinking about this is making my mouth water. Then Giuseppe, alongside his family, cooks on the forno, the open fire upstairs. All the vegetables are home grown, ‘entro terra’, from the earth. But the star of the show for me was the peppers; simple red and yellow peppers, grilled, topped with breadcrumbs and generously drizzled in deep green olive oil. Just phenomenal. I asked Giuseppe what he did to the peppers to make them taste so good. He told me, nothing. Just grill them, sprinkle with breadcrumbs and then olive oil, ‘solo’, meaning only. His description of that, ‘solo’ stayed with me and an idea began to form. A town where the olive oil meant everything, ‘solo’.

I knew then that olive oil was the Simon Cowell of Puglia, it turned talented potential into superstars.

At the end of the meal, Giuseppe brought over a bottle of homemade limoncello, set out glasses infront of us, poured the yellow liquid and then sat with us. He told me that life here was all about ‘Il tavolo’, the table. He put his hand on the table and patted it. It was about ‘la famiglia’ he went on to say, the family. It was about the food we grow and the food we cook to put on the table for ‘la famiglia’ he explained, looking me in the eye. And then he placed his hand on his heart and despite him not speaking a word of English, or me Italian, I knew exactly what he meant and knew I felt the same. And from there, The Olive Branch was born. A story about family, food and love. It was about ‘Il tavolo’.

I had tasted local olive oil adorning home grown vegetables and meat in restaurants and agritourism dining rooms, on local farms, but it was time to meet the leading lady in her own right; to taste the olive oil ‘solo’. Olive oil tasting is much like wine tasting, taking in air to allow the oil to reach the different taste points in your mouth. You start to learn what you like and don’t like and how the different regions vary in flavour.

Actually raising a small tasting cup of oil to your mouth for the first time can be a strange experience. I went to the local frantoio, the press. I saw where the olives were weighed, washed, crushed and pressed and where the oil eventually poured from a small metal pipe. Then I saw the big steel vats where the oil was stored and I began to taste. At first I had to put aside the idea I was about to drink cooking oil. I held it to my nose and smelt it, then to my lips and then finally I tipped it into my mouth letting the fruity, slightly bitter, thick, peppery oil slide into all parts of my mouth. I wasn’t drinking cooking oil that we buy in supermarket’s back home! This was part of Puglia, this was from the earth and everything good that goes with it. You only have to look at the colour of that deep red earth to know that.

Like Puglia itself, its olive oil feeds my mind, body and soul and spirit. I feel energised, nourished and reinvigorated there. Oh, and I was also told, a spoonful of olive oil at bedtime can help to stop snoring. You see, olive oil has a cure for almost everything! Try it, cook with it, share it with the ones you love because life is all about Il tavolo.’