Happy New Year to you! I know I’m late, but I’ve been head down working and it still feels like the start of a whole new year with exciting things ahead being planned!

Just before Christmas I picked up the keys to my new Writing Pad in West Wales and absolutely love it. There’s just something about this place. Maybe it’s the daily walks on the beach come rain or shine, usually both within minutes of each other. Or the wonderful café I go to for lunch and a cheeky glass of rose. The wonderful fish restaurant with the tastiest fish I have ever eaten that I keep thinking about for days after. Maybe it just the air that fills your lungs or the view of the sea that stretches my eyes and my mind. I love it. 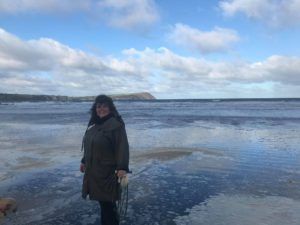 And so, whilst I’ve been here, I’ve managed to complete my proofs of Escape to the French Farmhouse (coming in June!) and that is now ready to meet the world, and complete my first draft of my German Christmas Markets book for this coming winter.

Just before Christmas, Katie Fforde and I and another writer friend Bernadine Kennedy went on a river cruise to see the German Christmas markets. It was great fun, apart from the ship breaking down at one point and a very bumpy ferry crossing back. The markets were everything we hoped they’d be. The smell of cinnamon and spice in the air, sizzling sausages, white lights twinkling in the darkening afternoons and the whole place coming alive as evening set in and friends and families met for Glühwein. There was greetings and conversation in the air, along with the smells from fabulous food from the stalls and a real sense of celebration, family and friendship. So, that’s where I’ll be taking you in my next winter book! 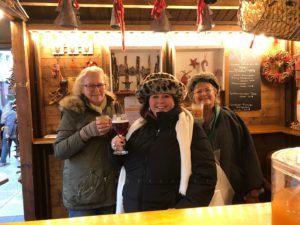 The new year for me also marked the start of a move to a new home for me and my books too. As of now I’ve joined the family at Transworld and I’m so excited to see what they have lined up this year. The plans certainly sound exciting. In June we publish my first book with them, Escape to the French Farmhouse. I love this book! I’m probably not supposed to say that, but it is my favourite so far. I think it’s because I’ve always had a love affair with France, from holidays as a youngster, parent-free summers canoeing the Ardeche gorge and staying in a chestnut forest, and as a young woman living and working as a waitress just outside of Saint Tropez in Provence and some wonderful happy memories spending time with my family there. Making memories I’ve come to realise is what life is all about. So, whoever said make them good ones, I agree! You never know where they might lead you. For me, it was Escape to the French Farmhouse and I hope you’ll love it there as much as I do. 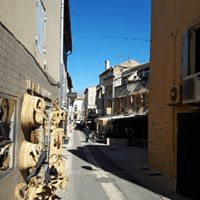 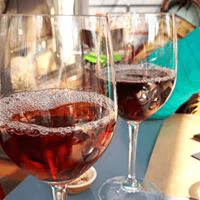 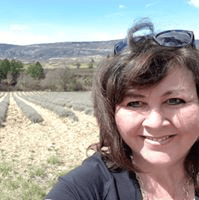 In other news, of course, we lost our dear Labrador at the end of the summer last year. And later welcomed the soppy, dear sweet Henri into the family. He is all heart. Isn’t it funny how dogs have such different characters! Oh, look out for Ralph, the labradoodle in Escape to the French Farmhouse and the beautiful German pointer Fritz in my next winter book.

Now, I do realise I’ve been rather lax in bringing you a new #InMyKitchen on Facebook. If you haven’t seen them, it’s me, with my son Billy, rustling up dinner, talking book research and a slice of life in the Thomas family kitchen. So, this week, with the German markets book with my new editor, I promised to write you this blog and will bring you a new #InMyKitchen with French food memories on my mind.

If you’re still feeling like you need to cwtch up in front of the fire with a wintery book, make sure you’ve taken the ferry ride to Winter Island, in my winter book Coming Home to Winter Island. But if your thoughts are turning to spring and summer, I’ll catch up with you in the pages of Escape to the French Farmhouse!

Au revoir. Until the next time!

Escape to the French Farmhouse 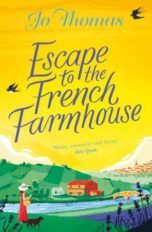