My First Taste of Oysters 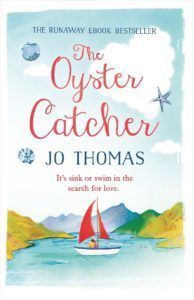 ‘It was a brave man who first ate an oyster’ wrote Jonathon Swift.

I remember my first oyster clearly. I think most people do. I wonder why that is? It was New Year’s Eve. The children were young and tucked up in bed. My brother, who’s a chef, had been to the fish market in Cardiff at the end of the day and bought all kinds of wonderful shellfish. There were prawns, mussels, crab claws and…oysters. They looked knarled and knobbly and didn’t seem to promise the wonderful experience that everyone talked about. How could they, looking like that?

We prepared all the seafood, opened the cava. The budget wouldn’t run to champagne. And we sat down to eat. I devoured the mussels, pinching the orange nuggets from their shells. I cracked and sucked at the prawns and crab claws but I wasn’t going to try the oysters. In truth, I was scared. But scared of what? Scared something bad would happen if I ate it.

I picked up the half shell and held it under my nose. I sniffed at it and baulked at it. I was cajoled and encouraged. I watched the others squeeze lemon and tabasco on them then hold them to their lips, tip back their heads and let the oysters slide down and the happy look on their faces. Nothing bad had happened to them.

I picked it up again, sniffed and this time put the shell to my lips, still not convinced that this slimy blob could be that wonderful. There was gritty shell on my lips that I brushed away, now convinced for sure that this was going to be a dreadful experience. But I’d come too far to back out now. The others waited expectantly, staring at me. I had to just get it over and done with.

I tipped my head back, closed my eyes and poured the oyster into my mouth. It slid in and I swallowed quickly and hard. And then I waited….for something bad to happen. It was cold, salty and a bit slimy and I’m not sure what else. I thought about it. And then I realised, nothing bad happened. So…I tried another. This time slower. It was cold, and tasted of the sea, in a good way. And I still haven’t keeled over. I took a third and this time, I tipped….. and chewed. It was like a head explosion, a blast of the ocean reaching into the corners of my mouth and then a minerally taste. It was so fresh and invigorating. Finally I swallowed and it slipped down. Now I knew why people smiled when they ate oysters. I felt like a surfer who’d caught an amazing wave and ridden it’s crest. ‘Whoo’ I wanted to shout and I was smiling too. Nothing bad happened, in fact, something wonderful happened, I discovered I loved oysters. The oyster and I had come out of our shell.

It was this tentative trying, tasting and loving it that gave me the idea for THE OYSTER CATCHER. Sometimes in life we need to feel the fear to feel alive. Go on, try one. You might find yourself falling in love.” 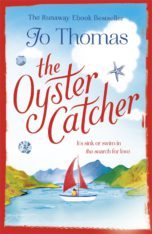